Thor’s second movie was nonetheless amazing as the first one. But sad to say, the movie was forgettable. In the sense that we have a lot of Marvel movies coming out and soon will come out, I should say that Thor – The Dark World should have given us something different.  Something more.  Something that will stay with us when we go out of our movie seats.

The graphics amazing.  The acting is not great but they don’t have that much material to go with, right?  Nonetheless, I enjoyed it. 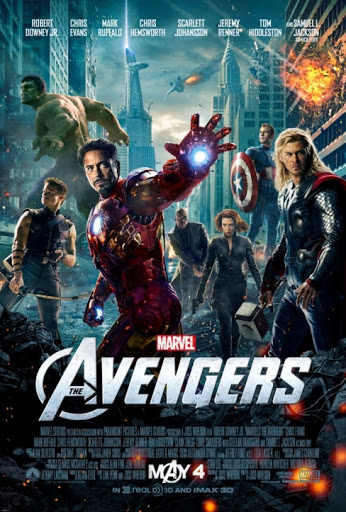 Who will not love a movie with smart plot, action packed, full of witty lines and raining hot bodies? Should I add more? 🙂

The story line is not hard to follow. It is believable that The Avengers have to fight Loki and his monster gang to save the world, after all Loki is a God and a bitter God is not a good thing. I’m not an avid comic book or an anime fan so I just took the movie without any judgement on how honest it is with the canon story line. The great thing about this movie is how it never gets boring. If a line will go to a possible boredom, there will be something to break it, like a funny line or an action which is good. The special effect is awesome. You can really say that the amount they’ve spent on the special effects’ worth it. The Avengers is a great summer movie, must see with friends and family! 🙂

To tell you honestly, I only watched the movie because I wanted to know what the fuss is all about. Everyone is talking about The Hunger Games and how much everyone is looking forward for the movie and how the movie is the next-in-line when it comes to hit movie franchise from Harry Potter to Twilight to The Hunger Games. And of course, how everyone loves the book and how good it is…so I really wont turn down a movie invitation from friends to watch this!

The movie adaption is almost 95% loyal to the book. I think one of the reason it was like that, because the screenplay is done none the less by the author. The only major difference is on how Katniss got the pin of Mockingjay from her friend,Madge, the daughter of the District 12 Mayor but in the movie, she bought it from Seam for Prim since it was reaping day.

At first I really thought the movie is so shaky as if I’m watching an indie movie. I think that they did it that way, to match the movie’s spirit. And they only did that while the scene is on District 12 where Katniss is in her natural habitat. The pacing of the movie is so natural, there’s no lagging and all important parts where highlighted. I just wished that there were more Katniss and Peeta moments. I know there’s a height difference when I saw the premiere pictures but if she’s not all glamored up, they would have been on the same height. 🙂 Casting Peeta is a stand out because I think that Josh is the perfect Peeta, on how the author described him, medium height, stocky and with blond hair. The movie is packed up with action, suspense and a little bit of romance. It’s not a chick flick so if you are waiting to see something that will make you laugh or even smile, you should see Mirror, Mirror instead, which will be my next movie reaction.

May the odds be ever in your favor.

Who would have thought that Julia Roberts could play a wicked queen for a step-mother and looks so gorgeous and elegant. If she is not so wicket and all, she could be a perfect queen and all. The movie is funny and so witty. Snow white or snow as they what call her is perfect for her role. She looked demure when she have not yet found her confidence and looked so fierce when she have to defend her castle and her love. Even Prince Alcot is so funny. I love his acting and of course he is so cute. Who will not love his puppy cute act? Even Brighton, the queen’s boot lick-er is so funny. And who will forget the seven dwarfs? All of them is so funny even the one who fantasize being close to Snow. 🙂

If you are looking for a feel good movie, with a matching dance number in the end, Mirror Mirror is the best! Go and watch it before the showing run ends!

I can’t believe that I actually did not have to resort to blackmailing just to have Howe (my boyfriend) see a movie with me. I just told him that they’re showing the cartoon to movie about Thor, the God of Thunder. Based from the teaser of the movie, Iron Man 2, I’ve always known that they will create a movie based on the cartoon character, after founding a hammer in the middle of desert. I’m so glad that they did because he was Alex’s all-time favorite. 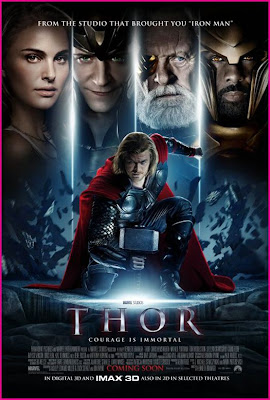 So for my movie reaction, the movie was so full pack action with great graphics and hot bodies! LOL. I like the performances of the actors, specially Anthony Hopkins and Natalie Portman. Even the weirdness of Loki, played by actor Tom Hiddleston’s above average. I think Tom could play several cartoon characters just like Loki. Sir Anthony Hopkins was very much engaging as a father who wanted everything for his son to be responsible and worthy of his throne. Natalie’s really a good actress and very believable. And Chris Hemsworth…he may not have the depth of acting of experienced actors but men! He have all the HOTS!!! LOL! It was funny when we saw this I was with Howe and I can’t help exclaiming with excitement! 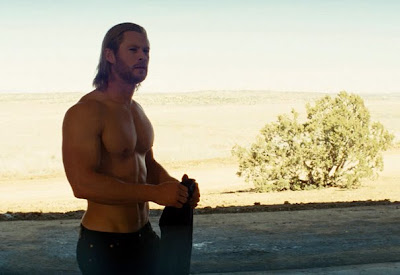 I’m giving this movie 4 out of 5 stars for effects, action-packed and full of hotness movie! I thought that it’s just another 3D movie. I’m a fan of 3D movies specially if the movie is made for 3D full length and not just a trying hard 3D movie. I don’t care if the cost of watching a movie in 3D is twice compared to your regular showing for as long as the movie is all worth it.Who would have thought that a mere opinions of my co-workers would urge me to watch it and I honestly really enjoyed it. The plot may have been used before. The ending may have been predictable. The antagonists may have been not so original. BUT the way they combined all the ideas together is really remarkable. I was really pleasantly surprised by how the story was well paced and the story though predictable, it was very enjoyable.   There were so many funny lines, some of them were the lines (or reactions) from the minions and even the funny one liners from Agnes got me!

This movie’s not just for kids.  Even for adults with a heart.  Go see this with your friends, your kids and even your special someone!

Okey so much for ranting…. I love watching movies on its first showing day because I got to watch it with the same people who can’t wait to see it on the next day. So most likely they are excited as I am. And hearing the comments/expressions makes my experience in the movie more enjoyable. Aside from watching movies on its first day, I also love cinemas with reserved seating, esp if it’s in Eastwood City because I work there. So I can simply buy tickets with good seats hours before the curtain’s up. And that works for us, me and my Howe (sweetheart), me and my friends, because even though we’re late at the screening time, we still get the best seats. HEHEHE

Okey back to the movie reaction….

Have I mentioned that I love IRON MAN because of Tony Stark’s character and I love Robert Downey because of how he played it as if he’s not acting at all? Love it! Love it! I also got to laugh more in this second movie than the first installment. I wished that Tony and Pepper got to spend more time together. Yeah, yeah. I know it’s an action, scifi movie but I would love to see more action in the  love department.  I also love the effects on this one, same as with the first.  I missed him putting on the IRON suit but at least we got to see him remove it in front of people.  Howe and I really enjoyed the movie.   We really did.   Why?  Because if I enjoyed a movie watching it and still enjoying while recalling the scenes, and worthy enough buying DVD/Blu Ray if not seeing it for the second or third time — and that’s what I felt.  I’m giving this 4 out of 5 stars.  If you have not seen it…GO NOW!

While browsing the net, I saw the new Iron Man Movie Clip.  Who does not love Robert Downey Jr here, eh?  I really find older man dashing!  Isn’t he? 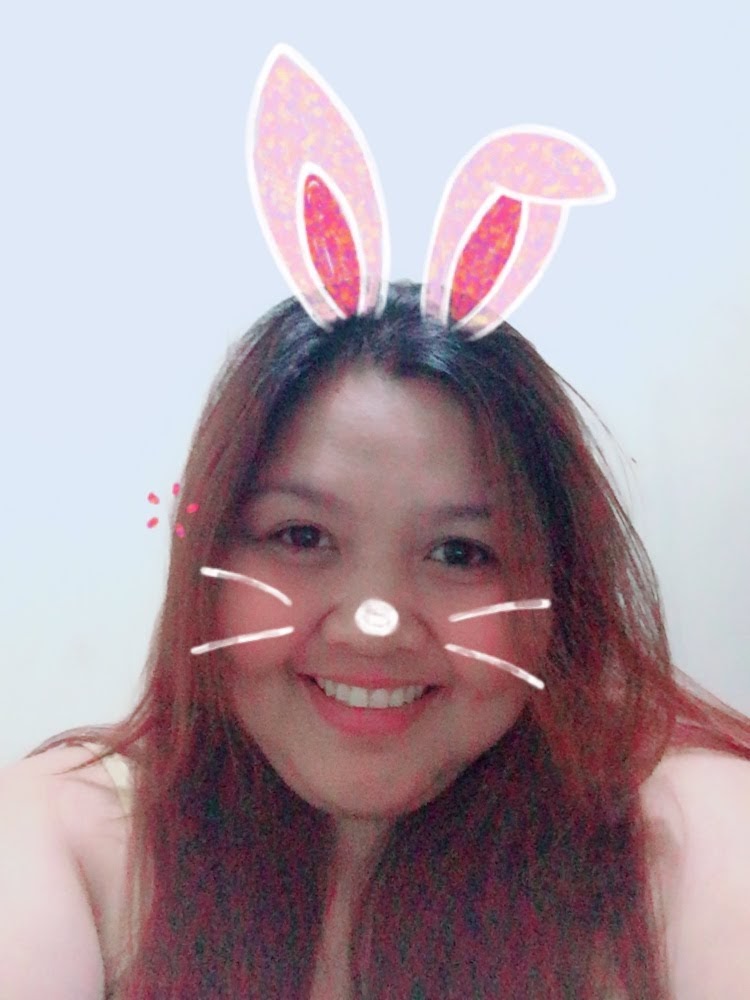 Hello, my name is Ruthie. I am a blogger living in Manila. This is my blog, where I post a little bit of this and that – of my everyday life. Never miss out on new stuff! So, please keep posted! Subscribe to my newsletter! Have a great day!